2017 sucked … and not well. Let’s forget the whole politics/Republican jackasses in Congress/racism/tax cut for the wealthy/Trump vs. women, immigrants, Constitution, etc., etc., but pro-Russia/ad nauseum disaster portions of the year.

Every year that passes, I feel like I lose more of you. This year I lost two major pieces of you, but in an odd way, I gained a piece, too.

First, what I lost: three of my rock gods.

END_OF_DOCUMENT_TOKEN_TO_BE_REPLACED

Well, now you get to meet Robin Williams. I’m sorry you two couldn’t figure out another way.

I’d sort of like to be a fly on the wall for the meeting. Two of my favorite funny men, cracking jokes. I don’t know that you would actually be making the jokes, though. You would be like that poor guy during Robin’s first appearance on Inside the Actor’s Studio — the one that had to go to the hospital because he got a hernia from laughing so hard.

Robin William’s suicide brings back so many harsh memories. I feel so badly for the family he left behind. For seven years, I have been trying to do what Robin’s wife said they want to do: “It is our hope that the focus will not be on Robin’s death but on the countless moments of joy and laughter.” I wish them success with that. Mine has been modest and sporadic. Remembering the good and laughing at the funny gets easier with time, but the horror of that night never eases; it never goes away.

I love and miss you, bro.

One summer during high school, you contracted mono. I think you were 16 at the time. You were hospitalized for a while and when you came home, you were on restricted bed rest for several weeks. I had to stay home to look after you. I couldn’t go to the pool or wherever else my friends were going. I had to stay and make sure you drank enough water or Gatorade, ate a bit and above all, stayed in bed.

Funny, but it didn’t really bother me to stay home those weeks. I read and played my guitar. In the late afternoon, we watched “Creature Feature.”

One day, “The Screaming Skull” was shown. As the movie progressed, you and I sat closer and closer until I was sitting on the bed beside you. We wrapped a blanket over us with one small opening for us to peek out. The opening allowed you to look out with your left eye and I looked out with my right. We jumped at every creepy scene.

The skull didn’t like being made to look like it was committing murder in revenge for its own murdered. The last scene had the skull going after the man who really killed all the victims and was using the skull to make the murders look paranormal. The real murderer was standing in a swamp, while the skull was snapping its jaws at the perp’s throat and the guy screamed.

That ending was so bizarre  — and silly! — that you and I collapsed on the bed, screaming with laughter. Mom came home from work to find us rolling around, laughing so hard the tears were running down our cheeks and we couldn’t breathe. We couldn’t even tell her what we were laughing about. Mom just shook her head and walked away.

It wasn’t long after that, you were up and about, back at you usual summer routine. Apparently, laughter was truly the best medicine.

Several years ago, I turned the channel in time to see that last scene and it took me right back to that one, damned-near-perfect afternoon.

I have often thought back on that summer. I never told you, but that one afternoon was worth those weeks of staying home.

I love and miss you, bro.

Musical earwigs — those songs that gets stuck in my head and I can’t get it out.

For the past several months, I’ve been waking up with a song running through my head. The same song will be on an endless loop for several days, then another moves in. Once in a while I get a break and two or three songs will share the rotation, but mostly it’s that one song repeating.

Most recently the playlist has been oldies: “Requiem for the Masses,” “Cherry Hill Park,” MacArthur Park,” and “Happy Together.” I will accept anything by The Beatles or Michael Buble. “Sway” was on a loop there for a while. Michael can lead to Frank or Tony or Mel and they can lead to Edith and Billie.

Sometimes I know why a song gets stuck. Watching the first two Harry Potter movies will immediately lead to “MacArthur Park” sung by Richard Harris. That leads to “Requiem for the Masses” sung by The Association. Why? Because Jimmy Webb’s song was first offered to and turned down by The Association, then offered to and accepted by Richard Harris — before he accepted the role of Dumbledore, of course.

When a band member dies as in the case of Levon Helm of The Band — that can start the process. For the next several days “Virgil Cain is the name” and “I pulled in to Nazareth” loop-de-looped.

The times I find particularly trying are the loops that lead to loops. For instance, “Requiem for the Masses” made me think of El Cordobes and “Or I’ll Dress You In Mourning” 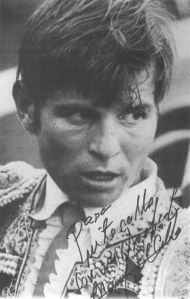 What a wretched movie. Slow. In need of editing, better acting — what the hell was up with Pierce Brosnen? — and don’t get me started on 9/11 ending! I felt that was totally contrived and being contrived made it hugely disrespectful.

Robert Patterson. Ugh. He wasn’t very good in Goblet of Fire but at least he wasn’t on screen much. Twilight was bad but I wasn’t the target audience. He just isn’t improving. Can the man do anything but brooding, young adult angst? Apparently not.

So this guy is writing to his brother who committed suicide. Fine. Tattooed his brother’s name on his chest. Fine — don’t expect that from me, but fine.

Then it all goes terribly pear-shaped. I sat through the first love scene debating with myself what I should have for dinner. During the second one, my friend leaned over to me and asked if this was the longest movie I ever sat through.

Now I have to spend time apologizing to taking her to that movie for her birthday. Not a nice way to treat a friend, taking her to a movie like that!

The whole “just as things start to go well, he’s in a Twin Tower at the time the plane hits” was a lit match thrown into gasoline moment for me. Do you have any doubts as to how I reacted to that?

I love you; I miss you. I wish we could discuss movies in person again. But if you can see movies wherever you are,  take a pass on “Remember Me.”